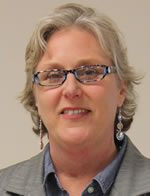 Aimee was a 1984 graduate of Wellsboro Area High School, where she was voted as the Female Athlete of the Year. In Track & Field, she earned 4 varsity letters and accrued over 400 points despite an injury her junior year that caused her to miss most of the season. She was team captain in 1984 and helped the team in winning the NTL AA championship title with a 10-1 record. She held the school record in the 100 meter dash and NTL AA meet champion with a time of 13.3 seconds. She also took first in the High jump at 5' 2" and anchored the champion 400 meter really team. She took 4th place at the meet in the javelin with 86' 5". Aimee was Captain of the Volleyball team in 1984. Aimee's sophomore year she lead the team in serving accuracy 95% aces and points. In her junior year, she led the team in spikes, dinks, and blocks. Amiee led team her senior year in spikes and dinks. She captained the 1984 girls Basketball Team. She scored over 900 points in her career. She was a member of the NTL All-Star team and in 1984 a member of the All-Twin Tiers team. She was Voted the MVP of the Troy Jaycees tournament in 1982. Aimee played basketball at Indiana University of Pennsylvania from 1985-88 and helped the team win its first PSAC Championship in 1988. She scored 18 points of defeat Maryland Baltimore in the IUP Winter Invitational and was a member of the IUP Track and Field Team.