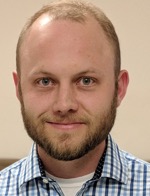 Ben graduated from Elkland HS in 2003 where he participated in Basketball, Baseball, and Golf for 4 years and Tennis for 2. He was a State Qualifier for Golf, NCPGA Golf Champion, and finished 3rd in districts. He was a league all-star in both baseball and basketball. He was a member of the league championship teams in both Basketball and Baseball, and a district champion in basketball. Ben graduated from St. Bonaventure University in 2007 and obtained his Masters in 2008. While on the golf team Ben was an Academic All American, Little Three Champion. A two-time winner of the Leo E Keenan Award for leadership and hard work on the course and in the classroom. As a two time captain he was 10th lowest in scoring average in team history, and 10th in team history for rounds at par or better. He has 6 club championships 2 each at River Valley, Corey Creek and Oakland Beach. He caddied for his brother TJ In the United States Amateur and United States Open Championships.