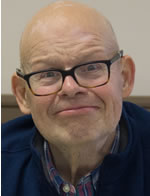 A 1966 graduate of Wellsboro Area High School, Blaine participated from his Freshman through Senior year in Football, Basketball, Baseball, and Track and Field. He was a starting forward on the 1966 basketball team that played Williamsport HS for the district championship at Bucknell University. Blaine's senior year he won the Babe Rush Sportsmanship award and was voted the lineman of the year. After High School he attended Lock Haven State College where he played football before transferring to Anesthesia School. He was the head football coach in 1977 for the Sharon Old Express semi-pro football team.