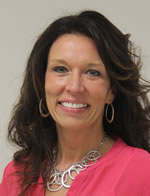 Cheryl graduated from Williamson High School in 1990, where she participated all 4 years in Volleyball, Basketball, and Track. She ws the US Army Scholar Athlete in 1990. She was a 1,000 point scorer in Basketball, and held the School Record until 1994. In 1990, Cheryl was First Team All Twin Tiers in Basketball and helped her team win the District IV Championship, and they also advanced to the Sweet 16 of the PIAA State Tournament.  Cherly was a 2 time NTL First Team selection in both Volleyball and Basketball.  She was Williamson's female representative as High School Honoree to the Tioga County Hall of Fame. After High School, Cheryl played on the Basketball team at St. John Fisher where she graduated from in 1994. She coached Girls Basketball at Williamson High School from 1994-2003. In 2002, her team won the NTL West Championship with a 24-4 record. Cherly guided 2 teams to the PIAA State Tournament and had 2 teams finish in Third Place in District IV play.