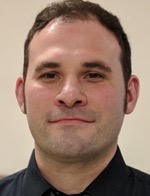 Christopher graduated from Williamson HS in 2003, where he participated in wrestling from 1997-2003. In high school he was a 3-time sectional champion, a district finalist and regional finalist. Chris finished his career with 114 wins. In 1999 he was the state champion in Greco Roman wrestling and runner up in freestyle. He graduated from Mansfield University in 2007 and obtained his Masters Degree in 2009. He has spent multiple years as elementary and varsity wrestling.