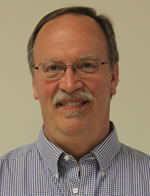 Dennis graduated from Elkland High School in 1973 where he participated in Soccer, Basketball, and Track. In 1973 he was Player of the Year and Athlete of the Year. That same year, Dennis won the State Championship for the Long Jump. He also set the district record in the Long Jump, a record that would last for 18 years. He was the only triple winner at the County Meet, winning the Long Jump, High Jump, and Triple Jump. While attending Mansfield University in 1974, he was a Triple Winner against St. Bonaventure in the Long Jump, 220 yard Dash and 440 relay. He placed 6th at the PSAC meet in the Long Jump.