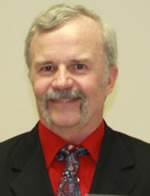 Gary graduated from North Penn HS is 1973. Gary was a 4-year participant in Track & Field and Wrestling. He wrestled in the 112 lb. weight class. His junior year he was the Outstanding Wrestler of the Year. He took 1st place in the Christmas Tournament his junior year, and 2nd his senior year. As a team, North Penn had winning seasons during all of his 4 years. Gary finished his HS career with a record of 42 wins - 16 losses.