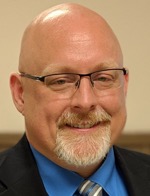 Geoff graduated from North Penn HS in 1993 where he earned 15 varsity letters. He was a 3 year varsity starter in basketball, all-NTL West selection for 3 years, 2-time Star Gazette All-Twin Tiers Team. All-Corning Leader Team in 1993, PIAA District 4 Senior All Star, and 1,000 point scorer. Geoff was a 4 year varsity starter in football, 2-time Mid-Penn OLB and played in the North-South District 4 All-Star game. He was a 4 year letter winner in track and was the 1992 League champion in the 100 and 200 meter dash. Geoff was a 4 year Varsity starter in baseball and 3 time All-NTL West catcher. He has taught 22 years of Middle School in Corning where he coached 10 years of JV baseball and 18 years as JV and Varsity football.