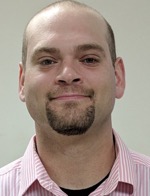 Graduate of Cowanesque Valley High School. He played football for 4 years, Baseball for 3, and track for 2. In 2005 he was NTL Honorable Mention at Defensive Tackle, 2006 3rd team, 2007 2nd team Defensive tackle, and 3rd team guard. In 2008 he was the NTL Lineman of the year and team MVP. After graduating from CV he attended Bridgton Academy in 2009 and was voted teams outstanding lineman. From there he moved on and played football at Temple University.