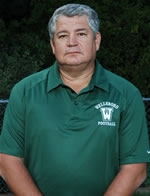 Jim is a 1970 graduate of St. Marys Area HS where he participated in football, track, and baseball. Jim was a Big 30 Defensive Player of the Week, Big 30 Linebacker, and All-League offensive tackle. Jim was a member of his HS baseball team that won the league championship 3 of 4 years. Jim was on the Freshman football team at Clarion University, where he graduated in 1974. In 1975 he started the Small Fry program in Blossburg with 5th and 6th graders. From 1989-2009 Jim was the Wellsboro Middle School football coach. From 2012-2014 he coach Small Fry football in Wellsboro. Jim also coached HS Track, Little League baseball, and T-Ball.