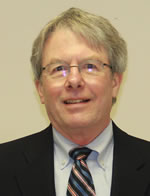 A 1966 graduate of Wellsboro HS, Jim played Football, Basketball, Baseball, and Track & Field. In 1966, he won the John Antoine Prevost Athlete of the Year Award. He was a member of the Mile Relay Team that set the school record as was the 1966 Team Captain of the T&F team. He graduated in 1970 from Westminster where he participated in T&F. He is the son of Lou Youdas, who is credited as the Founder of the Tioga County Sports Hall of Fame.