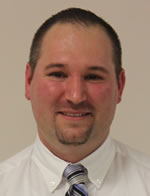 Justin graduated from Elkland High School in 1999. He participated in Baseball, Basketball, Soccer, and Golf. He was a 1st team NTL baseball and basketball player in 1999. He graduated from Gannon University in 2003 where he played baseball in 2000 and 2001. He has played men's fast pitch softball at the highest competitive level since 2001. Teams include Elkland Fastpitch, South Lebanon TNT, The Rise Fastpitch, and the New York Bombers. In 2004 and 2009 he was named to the All-Tournament team of the National Softball Association and was a member of the 2009 NSA World Series team with the New York Bombers. He played with the 2006 TNT South Lebanon team that finished 5th in the International Softball Congress Tournament of Champions. In 2012, he played for the Toronto Gators who finished 6th in the ISG World Tournament. Since 2010 he has been the President of the Elkland Softball Tournament Committee.