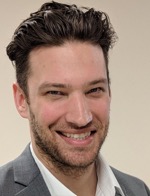 Kevin graduated from Mansfield HS class of 2004. Injuries kept Kevin from playing time his freshman and sophomore years. His junior year he was the MVP of the champion Tigers at the Wellsboro Christmas Tournament. He repeated as MVP at the Tournament the following year. His senior year he scored 565 points. He finished his Mansfield career with 1,034 points. Kevin was a member of the Tiger Baseball Team that won 4 consecutive NTL West Championships. In the District finals against Wyalusing he pitched 9 innings in relief and gave up one hit. Kevin ended the game with a 3 run walk off home run in the bottom of the 12th inning to secure the championship. He was a 3-year starting goalie for the soccer team. Kevin took his basketball skills to Mansfield University. His junior year he was 2nd leading scorer on the team and led the PSAC in 3 point percentage, the 16th leading scorer in the PSAC. His senior year he was the teams leadings scorer. Again led the PSAC in 3pters made. He has the all-time PSAC record for 3 pointers made in one game with 13, and tied for 5th with 9. He had the conference record for the season in points scored with 47, ranks in the top 25 All time in three's made in a season with 90. He was an All-East 2nd team selection his senior season. He finished his career with 844 points and 192 3-point goals. He played professionally with the Elmira Bulldogs for 2 seasons helping them get to the championship game both years.