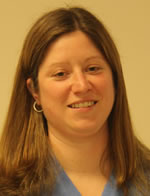 Krista graduated in 2002 from Williamson High School where she played Soccer and Basketball for 4 years and Softball for 3. She is the school's all-time leading scorer for both boys and girls with 1,832 points. She scored 50 points in a single game. In 2000, she was a 2nd team NTL All-Star; 1st team in 2001. In 2002, she was co-MVP in the NTL, All-Twin Tiers All-Star, and Sun Gazette All-Star in basketball. She was a member of the first ever Williamson Girls NTL West Basketball team. She graduated from Mansfield University in 2005 where she played basketball for 3 years. She was a three time PSAC Scholar Athlete and a three time Presidential Scholar Athlete. She currently holds the honor of being the youngest and first female District Attorney for Tioga County.