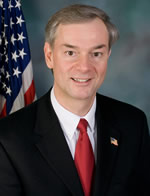 Matthew graduated from Cowanesque Valley HS in 1974. He participated in basketball, football, and tennis. Injuries and illness limited his participation his last two years. Matt graduated from Elmira College with a degree in Political Science/Law. He has an honorary doctorate from Mansfield University. Matt has met and worked with many professional athletes, including J.M. Kelly, Kobe Bryant, Bob Lanier, and Tommy Maddox. Owners of NFL, such as Mr. Rooney, and Terry Pegula of the NHL Buffalo Sabres.

Matt has been Master of Ceremonies and a strong supporter of the Tioga County Sports Hall of Fame for nearly 20 years. He is a life long sports fan and supporter of student athletes.