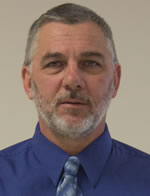 Mike graduated from North Penn HS in 1979. While at North Penn he played 3 years of Varsity Football where he passed for over 1,000 yards his junior and senior seasons. He was a two-year starter at point guard on the Basketball team that made it to the state quarterfinals, the fartheast any North Penn team has advanced. He played #1 singles in Tennis his Freshman and Sophomore years, and Track his senior year where he made a jump of 20-ft, 10-in. He played 3 years of American Legion Baseball and was team MVP his senior year. Mike played in the NTL East-West Basketball All-Star game. Mike graduated from Mansfield University in 1984. He was a member of the Mountie Baseball team that was 1983 PSAC East champions and 1984 PSAC Northern champions. He had a career batting average of .322, led the team in stolen bases his sophomore and senior seasons. He was a member of the 1984 Brantford Red Sox of the Ontario Baseball League, one of 3 Americans allowed on the team. He has played over 5 decades of adult softball, and is a member of the Elkland Softball Association Hall of Fame. He has been the boys Varsity Basketball coach at Addison, NY since 1987.