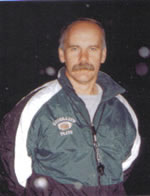 Russ graduated from Shamokin Area High School in 1969. In High School, he particiapted in Football, Wrestling, and Track. He graduated from Mansfield University in 1973, where he played Football.  Among his many accomplishments, Russ was the Offensive Line coach for the Pennsylvania Big 33 game against Ohio. He was also has won the District IV All-Star game twice.